Here’s a link to my first Author Interview on the Inca Project Site : 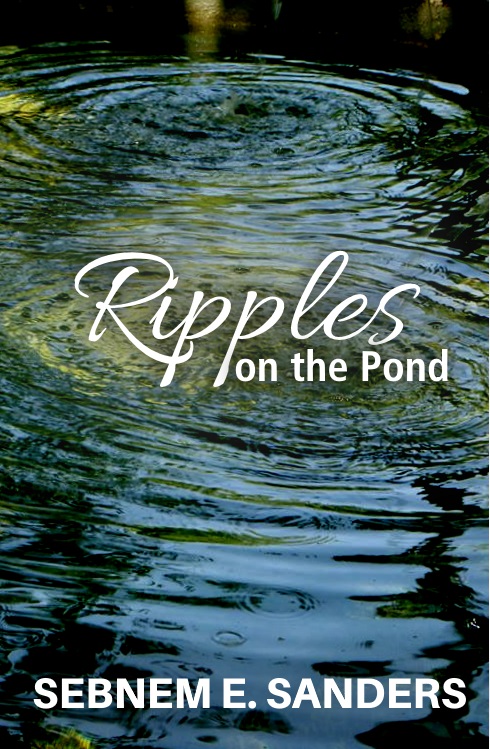 The Inca Project has kindly included me among its writers and my soon to be published anthology of flash fiction and short stories, Ripples on the Pond, among the recent works.

Here is the book blurb for a taster:

A man infatuated with ivy. A woman pining for lost love. In a Turkish square, ancient buildings lament a devastating explosion. An unlikely friendship struck up with a homeless person. A journey to a magical place that once visited can never be found again. The camaraderie between the patients in a cancer ward. A writer who has lost his muse. A tragedy that leads to dementia.

These are just a few of seventy individual tales set in locations, straddling across continents, which portray war, love, hate, hope, greed, revenge, despair, humour, mystical happenings, fantasy and so much more. Like ripples expanding on the surface of a pond to reach its banks, they converge in this anthology of flash fiction and short stories by Sebnem E. Sanders in her debut release. 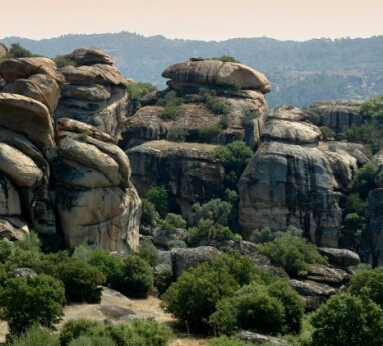 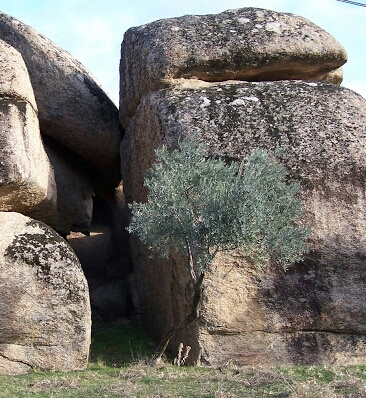 They say stone has no feelings. It is hard, durable and everlasting. Mountains stand proud, gazing at the world from high above. Formed by heat and compression, and altered by lava, in time stone breaks down into rocks and pebbles, and reaches the waters.  Tremors of Gaia and erosion by wind and rain sculpt the peaks through a slow process of softening the sharp edges, while the soil created gives life to their surfaces, helping the stones hold onto their roots.

Humanity exists like mountains, rocks and pebbles, enduring  the changes of crisis and evolution, shaping the story of mankind. 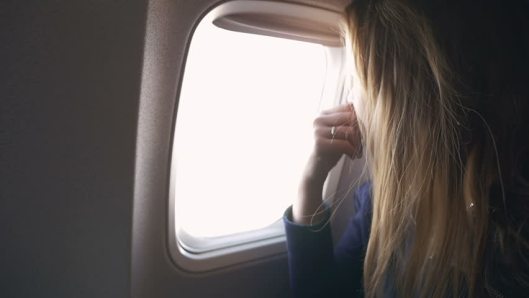 I boarded the plane and settled into my aisle seat, after saying  “Hi,” to the young woman sitting next to me.

She turned her misty gaze from the window, to greet me, and resumed her dreamy state.

The engines began to roar as the plane taxied down the runway. Without averting her eyes from the window, she began to sob, her shoulders shaking. The loud sounds from the turbines muffling her voice. From the corner of my eye, I saw tears rolling down her face, wetting her t-shirt. I’m not a nosy person, but I thought she needed help, yet didn’t know how to. Ignore it or try to communicate?

“Here tissues,” I said and offered her a pack from my handbag.

“Thank you,” she replied and took them, without looking in my direction. She wiped her nose and face, and continued to cry until we were high up in the clouds.

“Drinks,” the stewardess asked. I opted for a glass of wine and asked her if she’d like some.

“Something strong,” she muttered, turning her distraught gaze at me.

I passed her a miniature bottle of Scotch and a glass filled with ice. She opened the bottle, poured it in and began to sip.

“A little,” she said and cocked her head.”Sorry, for being a nuisance.”

“Not at all. I’m sorry if you feel I’m intruding. I just can’t bear to see tears on such a beautiful, young face. It must have been bad. You need not explain.”

“Hmm, life is full of them, unfortunately. So, shall we say cheers and try to make it better?”

“Nothing wrong with that. Numb is good. Takes the pain away.”

“Hope it lasts. Have you had heartaches?”

“When I first fell in love, my head in the clouds, I used to get angry at my mother for not understanding my feelings regarding my choice of boyfriend. She said to me ‘You’re not the first one in the world to fall in love. We all have.’ So, at my age, probably around your mother’s, I’ll add to that. We all fall in love and suffer.”

“But of course. A heartache is the most common ailment in the world. There is no immediate cure. It only heals with time. Naturally, there are exceptions. Some people find the right partner and manage to keep the flame going all their lives.”

“Not even when I thought I was wiser. My mother was right about my first boyfriend, but the heart doesn’t have a compass showing you right the way. It has its own magnetism which cannot be explained. After my teenage flop, in my twenties, I thought I made the right choice, but that didn’t work either. I think I have the tendency to attract heartaches. Wrong choices.”

I did. By the time we arrived at our destination, she knew more about my love life than those closest to me. I did not exaggerate. Just told her the truth, over many drinks.

She picked up her luggage from the carousel, waved to me, and walked away. I stared after the deja vu of my youth, a brief encounter, and prayed for her to be strong. I knew nothing about her, not even her name. Yet, I sensed sharing something mutual perhaps would help her deal with the pain. 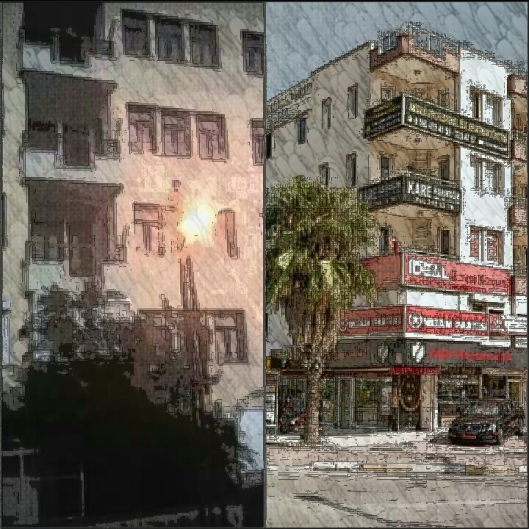 Inspired by a truish story!

The photographs of a block of flats which appeared in the national press went viral with the title, The Haunted Block. The ordinary looking apartment building, under the sunny skies of central Antalya, roused the curiosity of readers, and soon became a myth instigated by questionable sources.

Allegedly, the tenants complained about strange noises heard at night, furniture and items in wardrobes and cupboards, changing places, and objects moving before their eyes. A bouncing ball, clothes and china scattered around or turning up in other rooms or flats. The weirdest rumour was about a man who one day found himself in a strange apartment across the street. Although the legend of the mysterious block called Akyuva grew over the years, the said occurrences lacked concrete evidence. Events reported to the authorities, though documented, were not sustained by independent witnesses.

Curious visitors from around the country travelled to the city to see the haunted building. They took photos of the unattractive concrete block, and asked around for more information, and in particular,  details. Someone said it was because a murder took place in the building some years ago. Another person mentioned strange things happened at the supermarket situated on its ground level. Every night the merchandise on the shelves changed places and had to be re-assembled in the morning. Many people tried to talk to the manager of the company who refused to comment, and the sales clerks denied the rumours.

Disappointed with the lack of evidence, they returned home, wondering how such an ordinary place could be haunted. “Silly, really. It doesn’t even have the physical characteristics of a haunted place, like a decrepit house in the middle of nowhere,” said one of the visitors.

Despite the lack of evidence, the residents in the block slowly moved out, and the owners, cut the rents in half, hoping to find new tenants.

When four university students viewed the spacious flat with two large bedroom, they signed the lease straight away. They didn’t care if it was haunted or that it was situated opposite a cemetery surrounded by tall cypress trees.  All they needed was a place of their own, within their budget. The rumours made the place more exciting for them, and a cab rank across the street, called The Haunted Taxi, situated next to the cemetery, an additional bonus.

Fast asleep, they hardly noticed any paranormal activity at night. When one of them did, and woke the others, they were convinced it was due to the restless souls lying in the cemetery that resembled a park. Planning to conduct a séance at the weekend, they Googled ‘How to call up spirits’.

On Saturday night, the half empty block was enveloped in silence. They’d invited a couple of friends to join the ghost party to share the excitement. Lights turned out, candles lit, they sat around a coffee table and joined hands. They closed their eyes as the speaker addressed the spirits. “Ghost of Akyuva show yourself, tell us your tale. We are ready for you.”

The words were repeated a few times before all hell broke loose. A distant sound magnified as the walls began to quiver. Furniture rattled, the windows shook, and the glass cracked into shards. The students staggered to the door, and trying to negotiate the stairs with the other residents, poured into the street. “Earthquake!” they screamed, watching shattered glass mixed with big chunks of concrete fall and smash on the pavement. They took refuge against the cemetery wall and held hands. Before their eyes, the block moved back and forth, and from side to side. At last, the noise faded, the building creaked and moaned, and stilled, immersed in darkness.

In shock, the residents of Akyuva turned their eyes to the other buildings on the street. They were all intact, their windows undisturbed, and the inhabitants still indoors. Those who managed to grab their mobiles, on the way out, searched for notifications of an earthquake, but there were none.

“It must be a gas leak from the boiler,” said Ali, one of tenants.

Ahmet, his next door neighbour, nodded. “Maybe we should call the Fire Brigade.”

“But there’s no fire,” Ali replied. “This is weird. Maybe we should go inside and check.”

“No, Ali, don’t do it,” his wife screamed. “It’s those dreaded ghosts again. I don’t want to live here anymore.” She clung to her baby and tried to grab Ali’s arm.

“Relax, be calm.” Ali patted her hand and stroked the baby’s head.

“Ahmet, let’s have a look and solve this mystery.”

Despite the protests from their wives, Ali and Ahmet entered the building. Their mobiles used as torchlights, they descended the stairs, leading to the basement, and gawked when they saw a huge hole in the middle.

A strong wind coming from inside the hole, whipped around them, and sucked them into the void, as  Ruta and Mott emerged to the surface.

Ruta gasped. Eyes burning with anger, he faced Mott. “Didn’t I tell you to check the maps?”

Sweeping off the dust from his clothes, Mott replied. “I did, but it looks like the maps were outdated. The portal was supposed to be at the cemetery, an open area. There were no buildings on the maps.”

“This is developing country. They’re building everywhere. How can the Exchange Authority be so ignorant? So much for their scientific knowledge on multiverses. Idiots!”

Ruta closed his eyes and composed himself. “Remember this. Mott is no longer your name. You’re Ahmet and I’m Ali. We have their clothes and identities. You and I have families. We’re friends. Recall the names and the characters. We should be out of here in two minutes.”

As the sirens of the Fire Brigade deafened the ears, Ali and Ahmet exited through the front door. Ali turned to Ahmet and spoke in the local language. “Don’t make any mistakes.”

They talked to the Fire Chief about the curious hole in the basement. The Chief advised the residents to spend the night elsewhere while they carried out their investigations.

During the following weeks, the tenants evacuated their flats and moved to other locations. The owners had chains threaded through the handles on the front doors, and the block remained deserted for a couple of years, while they negotiated with a contractor to renovate the building. Four years later, after filling the hole in the basement with tons of concrete, Akyuva had a facelift and became a desirable business centre in the heart of Antalya.