Three Drops from a Cauldron

Hello there readers, writers, cauldron stirrers (in the nicest possible way), and assorted magical beings. We’re back with our first new web journal issue in 6 months! (Yes, I had a lovely maternity leave, thank you! – Kate)

A wonderful review of Ripples on the Pond by N.N. Light’s Book Heaven:

Ripples on the Pond by @sebnemsanders Echoes Emotions of the Human Experience! #mustread #bookreview #shortstory #anthology

Title: Ripples on the Pond

A man infatuated with ivy. A woman pining for lost love. In a Turkish square, ancient buildings lament a devastating explosion. An unlikely friendship struck up with a homeless person. A journey to a magical place that once visited can never be found again. The camaraderie between the patients in a cancer ward. A writer who has lost his muse. A tragedy that leads to dementia.

These are just a few of seventy individual tales set in locations straddling continents, which portray war, love, hate, hope, greed, revenge, despair, humour, mystical happenings, fantasy, and so much more. Like ripples expanding on the surface of a pond to reach its banks, they converge in this anthology of flash fiction and short stories by Sebnem E. Sanders in her debut release.

Ripples on the Pond is a fantastic collection of over seventy flash fiction and short stories ranging in genre but all dealing with the human experience. From friendship to love to loss to tragedy, these stories are beautifully written. While reading, I found my heart yearning to travel to the places described and wanting to experience what the world has to offer. Like the title implies, each story is a ripple on the pond of life, extending its reach and revealing truth.

Normally, I shy away from short story collections because I’m a novel reader but once I started reading Ripples on the Pond, I couldn’t stop. The writing is superb with its concise storytelling, yet I didn’t feel cheated by the length. Characters are fleshed out and given their moment to shine. When I finished and there were no more stories, I smiled to myself. This is one of those books I will be re-reading again and again. A must read!

A story from Ripples on the Pond, to commemorate the beginning of the War of Independence in Turkey that began when Ataturk arrived at Samsun on May 19th, 1919, 99 years ago today.

A mountain village in Erzurum

Through the window of her stone house, Ayshe gazed at the infinite white blanket covering her surroundings. The remote mountain village in East Anatolia had been cut off from the rest of the world ever since the roads were closed during the blizzard. Her thoughts drifted to Ali, her husband. She had not heard from him in the past four years. All the young men in the village had been called to fight in the big war, they had no idea about. The remaining folk, old men, women and children, did not even know the enemy. The only enemy they knew in these parts were the Russians, who raided the region every now and then, burning the villages and the mosques.

The loneliness and the void the whiteness evoked would last another three months, escalating the grief of her solitary existence. Hearing the chuckles of her baby filled her heart with joy. She rushed to the crib to hold her, only to find it empty, again. Tears in her eyes, Ayshe began her chores. Every day, she cleaned the house, from top to bottom, making everything sparkling, to wash away her sins. The fatigue that set in each evening relieved some of her pain. Her hands red and cracked from constant scrubbing, she rubbed with oil and wrapped them in muslin at night. In her dreams, she played with her little angel and held her to her bosom.

The Sultan, they had heard about, but their Sultan was food, which was scarce. Only some grains and legumes remained from the summer, while they had difficulty keeping alive the chickens, anorexic cattle and sheep, once snow enveloped the meadows in the winter. The white blanket isolated them from the big town of Erzurum and the villages scattered along the way. Abandoned to their fate, they dealt with their problems as best they could.

Internal administration and strategy left in the hands of the Imam, a council of old men aided him. The local midwife, the only person who contended with health issues and bringing new life into the world. The children attended Quran courses held by the Imam and learned the alphabet, while suffering under his sharp cane.

One night, three months after Ali’s departure, she’d fed the baby, put her back in her crib, and fallen asleep. A strange feeling in her heart, she awoke with the rising sun, and rushed to the crib. The baby lay still, a translucent whiteness spread over her dainty face, and her lips a shade of purple. Ayshe screamed at the top of her voice. Her neighbours came and called the midwife. She rocked the dead child in her arms, until the midwife prised the baby away, and gave Ayshe some calming tea.

They buried the little angel, in a small coffin, the size of her crib. Ayshe wept inwards, not a single sound coming out of her mouth. She stopped talking and wandered around, lost in her head, until one day she climbed up into the hills and screamed, “Aliiiiiii, come back!”

The mountains echoed her voice and carried the words of lament to the addressee far away, but time had to take its course.

Ayshe wept and wept, until there were no more tears. She resumed her life, looking after the house, her meagre cattle and sheep, and the chickens. She never mentioned the baby again. Only talked to her in her dreams.

The Imam said, “Beware of strangers. Do not open your doors, especially to those who come in the night.”

Her parents dead a long time ago, her husband’s family scattered around the neighbouring villages, Ayshe was left on her own, but closely watched by the elderly.

Towards the end of the winter of 1919, someone knocked on her door in the middle of the night. Ayshe rose, grabbed her gun, and tiptoed to the entrance, her heart pounding.

Another knock and silence. The weapon in her hand, she unlocked the door and saw a body lying face down on her doorstep. She poked it with the gun and leaned down to turn the head. The familiar eyes of the bearded man stared at her through frozen eyelashes. “Ali!”

She dropped the gun and dragged him inside, calling for help. The neighbours lent a hand to carry him to the bed and strip his ice-starched clothes from him. She rubbed oil into his frozen skin and limbs, and covered him with blankets.

Ali opened his eyes three days later. The purple marks on his hands and feet had begun to fade, and colour rose in his cheeks. Ayshe wrapped him in her arms and cried with joy. “Thank God!”

Ayshe knew then she had to tell him. She pointed to the empty crib and said, “The baby is dead and it’s my fault. I failed to look after her. She would have been four years old now.” She retreated into a corner and sobbed.

Ali saw the anguish in her eyes. He had lived through enough grief during the war. Bodies blown to pieces and covered in blood. The desert had turned to a sea of red, corpses rotting in the heat, famine and plagues threatening the lives of those who survived. The faces of the enemy changed, depending on where they were fighting. The English, the French or the Arabs. The Ottoman army bled, until the war ended and troops dispersed.

On the long trek home, he’d heard her voice echoing back from the mountains. Through heat, starvation, dehydration, diarrhoea, and fever he had survived. The call of her voice, whispering to him on the wind, kept him going, on his solitary journey. By the time he reached his native land, the snow had blocked the mountain roads. He could no longer wait. He’d lost so much time. He would make it.

Ali held Ayshe’s hand and embraced her. He stroked her hair and wept with her. “We’ll have other babies. Spring will be here soon. They say Mustafa Kemal Pasha will end all this misery.”

The snowy plains of Erzurum

It’s wonderful to be mentioned in the Quartely Alumni Magazine of my Alma Mater, then ACG, The American College for Girls, now RC, Robert College, in Istanbul, Turkey.

Here’s the link to to the PDF version of the magazine:

Many thanks to author Paul Bennet from The Review Group on Facebook for this wonderful review. 🙂 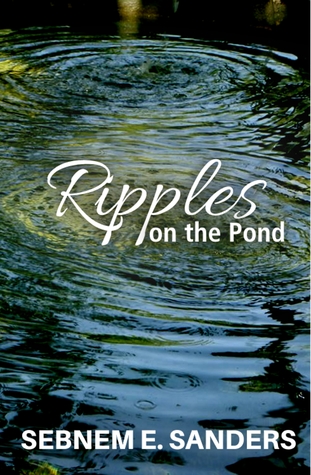 First, a confession, I cannot remember the last time I read a collection of short stories, Golden Apples of the Sun by Ray Bradbury somehow sticks in my mind, and while I have enjoyed Mark Twain, Edgar Allen Poe and the like; I am, and probably will remain, for the most part, a novel reader. It was mere curiosity that found me asking to review this anthology.  Now, having said that I must also confess that Ripples on the Pond just might have me looking at the genre a bit more closely.  What I found, my peeps and fellow travelers, in Ripples on the Pond is a compelling collection of well crafted stories. Stories that evoke the gamut of human emotions and experiences; glimpses of love, joy, loss, and hope permeate the pages and like a pebble dropped into water, the stories leave ripples of humanity seeking truth and fulfillment. A…

I’m delighted to share with you the following news. My story, King of Hearts, from my  anthology,  Ripples on the Pond is published in the May 2018 edition of The Bosphorus Review of Books .

Link: The Bosphorus Review of Books, May 2018 edition