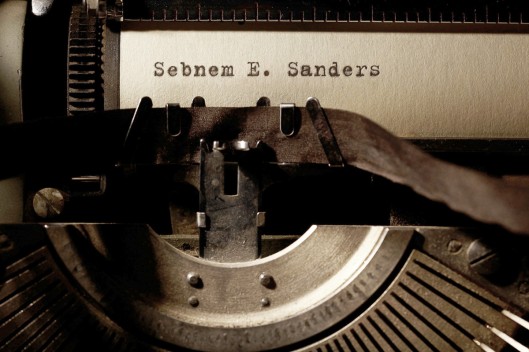 I’m honoured to be back at the Punk Noir Magazine. Many thanks to author Paul D Brazill. 😍

Sandy had a fetish about men’s shirts, especially white ones. French cuffs and cufflinks as additional attractions, she hunted males wearing elegant bespoke suits, lately hard to find. Not fond of the current fashion trends, she loathed modern jackets which looked as though their owners had outgrown them. Why did men want tight outfits? Didn’t they understand generously cut pieces made them look more masculine? Body clinging clothes were for women to accentuate their figures. Men needed to look like men.

Her secret fetish was the period shirts musketeers wore, the ones without buttons, loosely styled to tuck inside their breeches. Having discovered an Italian company that manufactured them, she’d ordered half a dozen to try them on her lovers. If the relationship lasted more than a night, she asked them to wear one and watched them parade before her as the pirates and highlanders of the…

I’m honoured to have my story, A Kind of Love, from Ripples on the Pond , inspired by the Jack Vetriano painting, under the same name, at the Flash Fiction Offensive.  Many thanks to editors/authors, Jesse “Heels” Rawlings, Jim (James) Shaffer  and Mick Rose for their encouragement.

I never thought I could write a crime story. I tend to write weird ones, that may pass as crime. But here I am, for those who haven’t read this before:

And the Jack Vetriano painting that inspired this:

A Kind of Love, by Jack Vetriano

Many thanks for reading. 🙂

I know I have been absent for a while, due to pre-election stress and anticipation, and post-election trauma and disappointment. Though hopes for a better future have almost diminished, life continues somehow. There is always something that puts a smile on our faces, despite the odds.  This makes me think, perhaps, we tend to take life too seriously. At least, I do.

My story, Virginia Creeper, from my anthology of flash fiction and short stories, Ripples on the Pond is in the July issue of the  Bosphorus Review of Books . This story was fist published by Spelk Fiction last year: Virginia Creeper

Here’s the link to the Bosphorus Review:

I promise, I’ll be  in touch more often,  soon.

Jack Vetriano, A kind of Loving

Bernard visited the flea market every Sunday and looked for objects to add to his collections, or something interesting to start a new one. Seeing a display of old-fashioned mannequins at one of his favourite stalls, he stopped and studied them, imagining what he could do with them. He negotiated the price for four, and carried them to his station-wagon, one by one, taking great care. They were a treasure, rare samples from the 50’s, made of wood.

Bernard installed the mannequins in the basement of his house, which he’d turned into a nostalgic bar, after his mother died. Not that he was a drinker, but he liked the idea of people socializing under the influence, telling each other their secrets, or meeting someone new. This was something he envied, yet his shyness prevented him from making friends. As soon as someone began to chat to him about something other than work, a hot flush would creep over his face. He’d begin to stutter, and lost for words, escape to find solace in the privacy of his home.

A hard-working mechanical engineer in a manufacturing firm,  Bernard had attained the rank of manager, though he knew he couldn’t move any higher due to his lack of social skills. When he inherited the family house, he had gutted the basement and reproduced the model of a bar he visited on the Internet. Wood panelling, decorated with bevelled mirrors behind the racks of bottles, and in front of it, a mahogany counter with matching stools. He bought a bottle of every alcoholic beverage existing in a bar’s inventory, along with glasses and accessories. Every Friday night, he prepared a cocktail recipe from a famous barman. He sat on a stool and watched his image reflected in one of the mirrors. Yet, he was still alone, in the midst of silence. The introduction of a LED TV screen fixed to the wall solved the problem. Bernard watched people from another world, and music videos providing sound. He listened to sensual women singing songs and wearing next to nothing.

The mannequins presented Bernard with the opportunity to create something more intimate. Not so fond of their bare bodies, he decided clothes might give them a kind of reality and ordered sexy dresses to make them more enticing. He embraced his new friends with passion, yet felt a tinge of disappointment when they did not respond.

A few weeks later, he thought about giving them more personality. He spent his weekends searching for heads with the choice of eyes, wigs, and flexible body parts. The task of fitting them took all his spare time, and in the small hours of each morning, he stumbled to his bedroom. Once he mastered one, Bernard moved onto the next. A month later he had created his beloved possessions. Natasha, the Slavic beauty with blue eyes and long, blonde hair. Anita, the Scandinavian, whose fizzy red hair framed green eyes. Carla, the Italian, with hazel eyes and cascading brown locks, sitting next to Manuela, the Spanish seductress whose dark gaze and short cropped black hair promised an exciting adventure.

Bernard sat at the head of the table, and with the grace of a butler, served wine and small portions of the exotic dish he’d prepared to his alluring companions. He raised his glass and said, “Bon appétit, mesdames.”

The girls looked real. Almost. He had arranged their postures, manicured hands or elbows resting on the table, their heads facing him, and hair swept in sync with their pose. Bernard took photos. Drank his wine, as well as theirs, and cleared the table after finishing his meal. The Friday night dinner parties kept him busy for a few weeks until they became boring, and he felt the need for more animation from his guests.

Bernard changed their costumes, gave them whips, chains, and chokers. He drank more wine and ate more food than he normally did. He could feel their hands on his body. Maybe something would happen now.

Monica, the Office Manager, entered the house with two police officers. They searched downstairs and upstairs, and found neatly arranged rooms, but no sign of Bernard. Coming down to the hall, one of the officers saw the door leading to the basement. He pushed it open and descending the lit staircase, gawked when he witnessed the scene at Bernard’s bar. Chained to the chair, at the head of the table, a leather bondage choker had been pulled tight around Bernard’s neck. His swollen tongue sticking out, head hanging at an angle, decomposition had already disfigured his face.

Monica screamed and covered her mouth as the policeman shouted, “You’re compromising the crime scene!”

She staggered to the bar and poured a finger of whiskey into a tumbler. Perched on a stool, she downed the drink, and scanned the fetish clothes, wigs, and accessories scattered around the room. She gulped and turned to the officers. “I don’t understand. Bernard was a very nice man.”

The Forensic Team found no fingerprints, other than Bernard’s and Monica’s on the glass and the whiskey bottle. They examined the photos on Bernard’s mobile. The mannequins in the pictures had curiously disappeared, having left their clothes and wigs behind.

PS. Please don’t ask me how these paragraphs are indented. I have no idea. I just uploaded an edited version and this is how it came up. WordPress has its moments!

Happy to see my story published on Spelk Fiction today.

Ivy fascinated Ivan. English, with prominent white or yellow-green veins. Boston, with a reddish bronze colour in the spring, and bright, deep green during summer, turning to shades of scarlet, purple or orange in autumn. Yet, the Virginia Creeper was his vestal virgin, with five separate leaves joined at the centre. Just like a human hand, as described in its Latin name, Parthenocissus quinquefolia. Parthenocissus meaning “virgin ivy”. Why virgin, Ivan didn’t know, but he liked the connotation.

Ivan was a loner who never got married or had any lasting relationships. After his retirement, without a partner or close friends, he spent all his time gardening. A lifetime passion and hobby became a way of life for him. Despite his lack of formal education in horticulture, he was a natural with green fingers. The two-storey stone house he had bought in the countryside boasted a greenhouse…